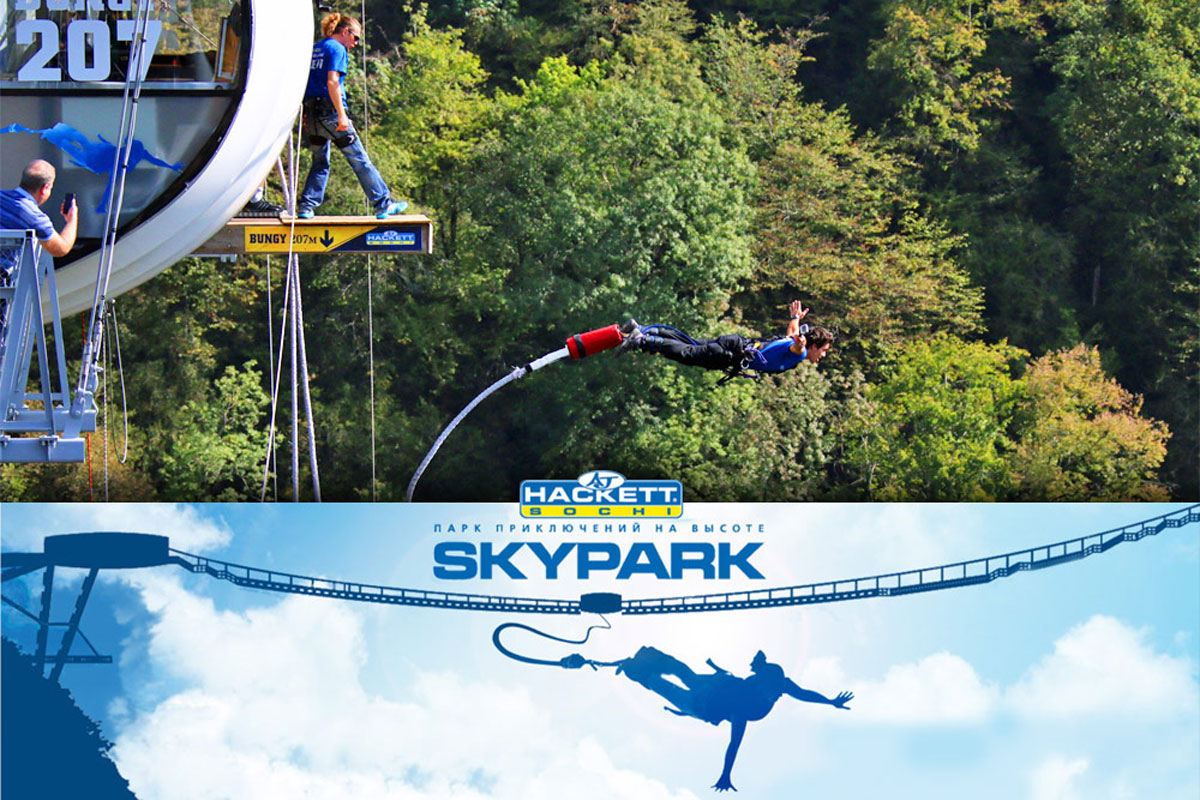 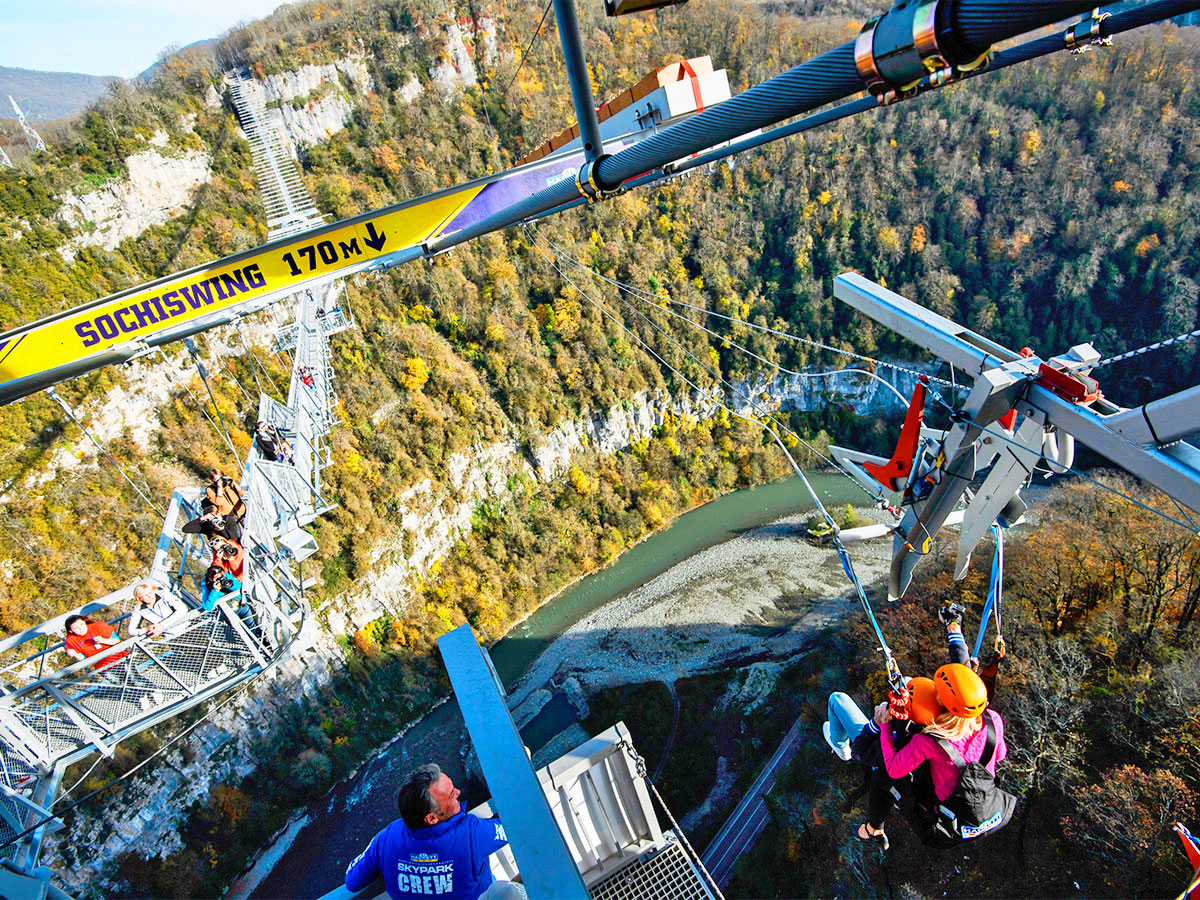 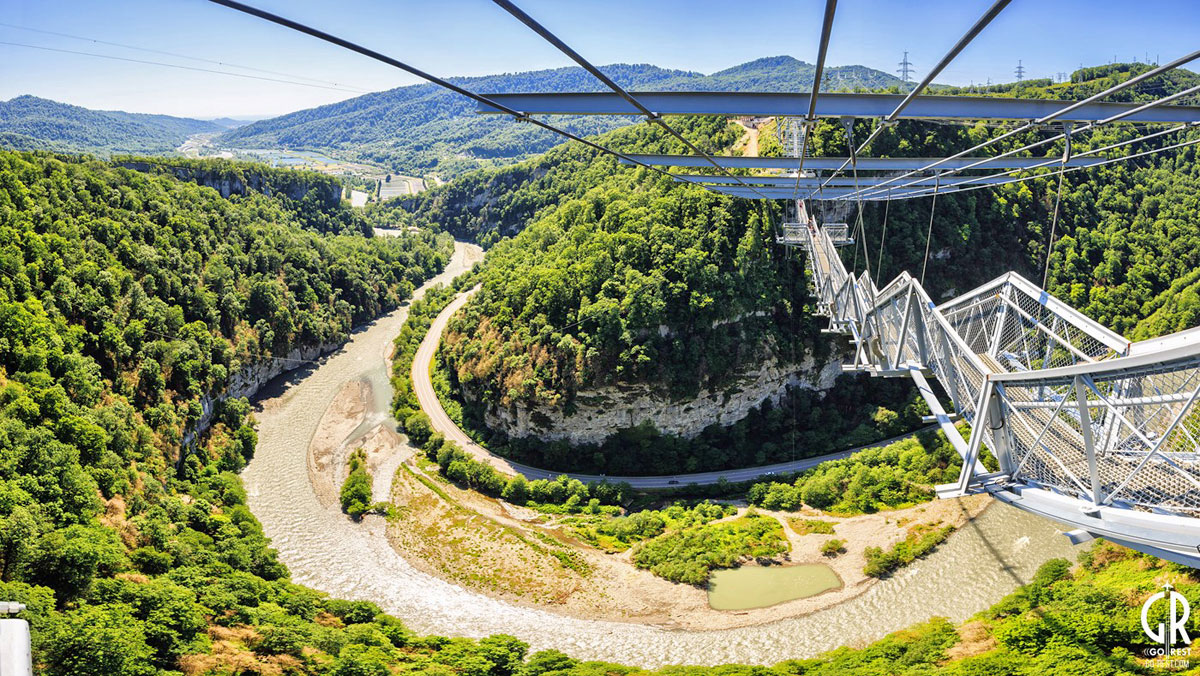 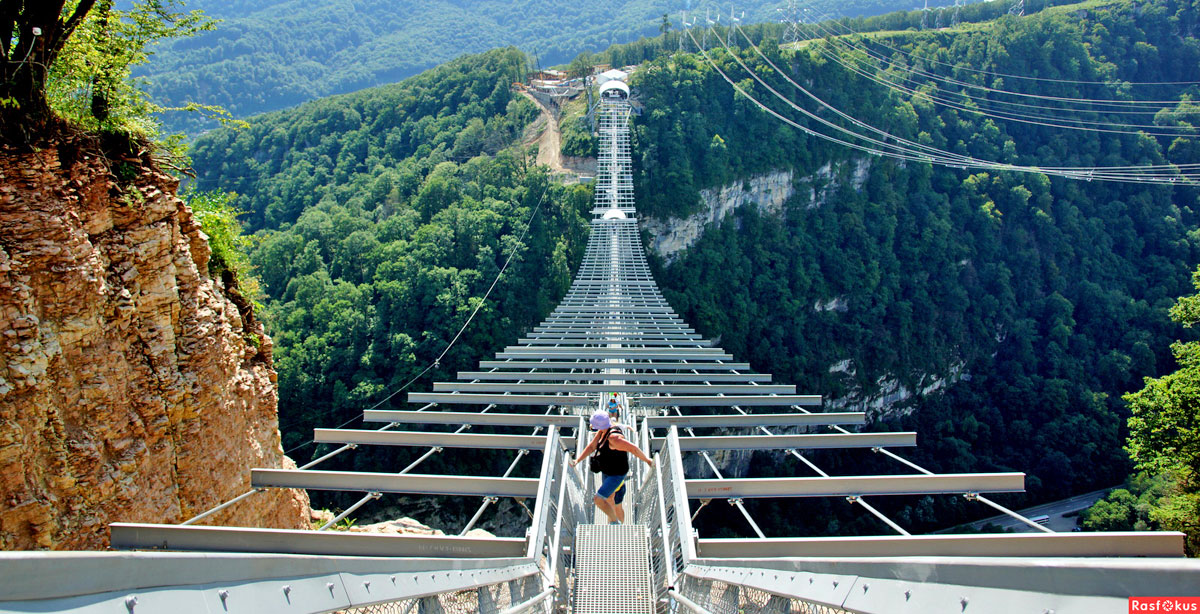 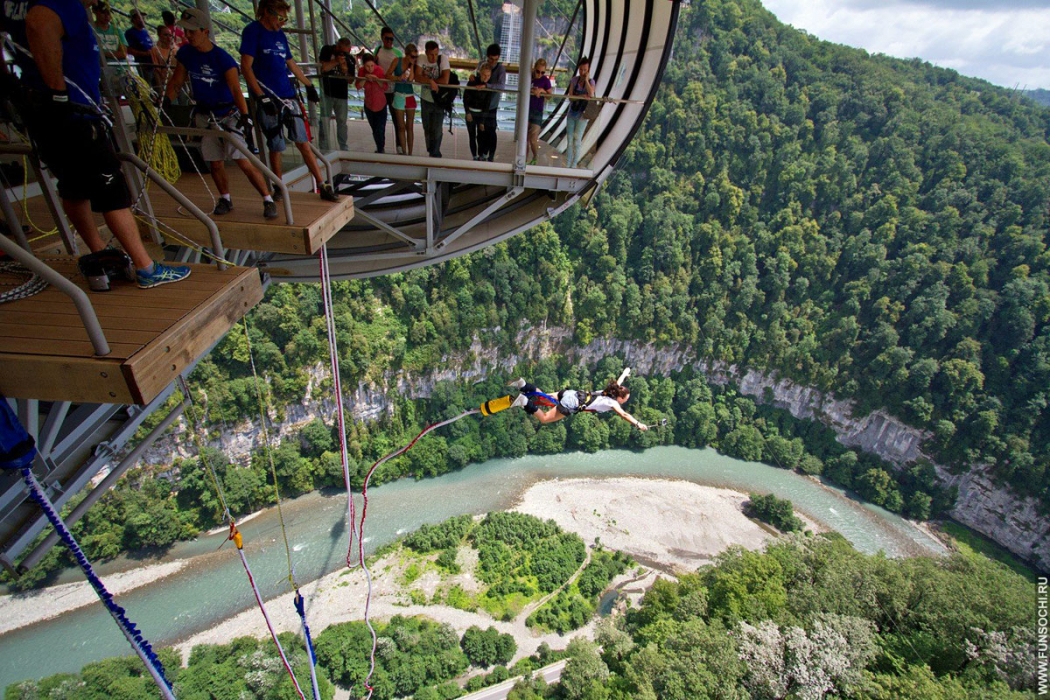 SKYPARK AJ Hackett Sochi is a hanging adventure park at an altitude of 207 meters above the deep Ahshtyr canyon. Located in the Adler district in the city of Sochi.

Bungee has been stretching the minds of people since 1986 - since the pair of New Zealanders started out in pursuit of adrenaline on the Pacific islands.

Then, in the 80's, AJ Hackett, a young builder from Auckland (New Zealand), keen on extreme sports, discovered the ritual of the inhabitants of the Australian island of the Trinity. Having tied long creepers to the feet, the island men jumped upside down from 35-meter wooden towers. Since ancient times, local residents believed that these fearless jumps - the guarantee of a good harvest of sweet potato.

AJ Hackett International entered into an international partnership with several inventors of "adrenaline" entertainment, including Skyjump, a device for descent from buildings with a controlled fall speed, which is often used by film studios when shooting scenes of people falling from high-rise buildings.

SKYPARK AJ Hackett Sochi is a hanging adventure park at an altitude of 207 meters above the deep Ahshtyr canyon. Located in the Adler district in the city of Sochi.

One of the main objects of SkyPark is the suspension bridge (Skybridge), over the deep Ahshtyr canyon, the so-called White rocks, along the bottom of which flows the river Mzymta. Skybridge is the third longest suspended pedestrian bridge in the world, the length is 439 m, the height is 207 m.

Skypark is located on the road from Adler to Krasnaya Polyana, between the villages of Kazachy Brod and Galitsyno, in the Adler trout area, over the old Krasnopolyansk highway.

The idea and copyright belong to the young Sochi traveler and businessman Dmitry Fedin. Dmitry got infected with the idea back in 2001 after he visited New Zealand and for the first time jumped from the bungee. Dmitry invited a New Zealand company led by traveler and extreme Alan Hackett, who has already implemented similar projects in Australia, Germany, France, Singapore and China. 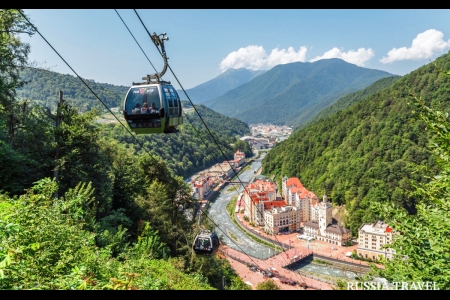